Father, You are calling Your people to humble themselves in their hearts and take You for Your Word and not only take You for it but wield it as the MIGHTY sword it is against the powers of darkness for their defeat.

It is written in Isaiah 59:19, “When the enemy comes in like a flood, the Spirit of the Lord will lift up a standard against him,” and that standard for these evil times is a powerful, supernatural manifestation of Your Word through Your people.

No matter what evil the wicked prophesy and do, Your Word is still only and always true, therefore, we agree with it, Your report, alone. So, we pray believing that we “shall not be ashamed in the evil time, and in the days of famine, we shall be satisfied,” and “kept alive by You in famine” (Psalm 37:19; 33:19).

We thank You for the food, water, resources, and provision such as oil, natural gas, coal, finances, crops, [name others that come to mind] that we do have in our homes and in the length and breadth of our land and the land of every nation and bless them before You, Good Father, trusting You to supernaturally multiply them that You may keep Your Holy Word to us. Those who trust in You are never ashamed.

In the name of Jesus, we bind and forbid every power of darkness working through the wicked from stealing, killing, and destroying our food/food sources, water, and energy supplies.

In the name of Jesus, we loose an abundance of food, water, oil, natural gas, and coal upon the face of the earth, [name other resources that come to mind]. We loose the abundance of all these things on land owned by the righteous.

The Resurrection and Life of Jesus Christ lives inside of us and that power can even outright alter substances – one to another – like water to wine. By faith, we believe if we can bless stones in Jesus’ name that they become our daily bread, multiply, and feed our families. We REFUSE to be a people who limit You, Alpha and Omega, First and the Last, Beginning and the End.

The Lord says, “It’s not the time to fear and hoard but to bless and share for when the boy shared his lunch by faith, THEN He was able to use it to bless thousands, when the widow shared her last bit of flour and oil with Elijah, it supernaturally multiplied until the drought ended.” Faith on the Rock of the Word knows there is NO lack in the kingdom of God and calls forth supernaturally “wrought” provision on earth as it is in heaven.

Good Father, we boldly expect to make withdrawals from heaven into the earth for all our needs when we take You for His Word and “yes and in Him amen promises”. We thank You and praise You and glorify and honor You forever and ever in Jesus’ name, amen.

Please visit Dutch Farmers and the Globalist Agenda and pray for these and all our farmers. Binding and forbidding the plans of the wicked. Occupy until Jesus comes includes prayer and spiritual warfare.

Miracles of multiplication from the Word of God…

And when they found out they said, “Five, and two fish.”

39 Then He commanded them to make them all sit down in groups on the green grass. 40 So they sat down in ranks, in hundreds and in fifties. 41 And when He had taken the five loaves and the two fish, He looked up to heaven, blessed and broke the loaves, and gave them to His disciples to set before them; and the two fish He divided among them all. 42 So they all ate and were filled. 43 And they took up twelve baskets full of fragments and of the fish. 44 Now those who had eaten the loaves were about five thousand men.

In those days, the multitude being very great and having nothing to eat, Jesus called His disciples to Him and said to them, 2 “I have compassion on the multitude, because they have now continued with Me three days and have nothing to eat. 3 And if I send them away hungry to their own houses, they will faint on the way; for some of them have come from afar.”

4 Then His disciples answered Him, “How can one satisfy these people with bread here in the wilderness?”

5 He asked them, “How many loaves do you have?”

6 So He commanded the multitude to sit down on the ground. And He took the seven loaves and gave thanks, broke them and gave them to His disciples to set before them; and they set them before the multitude. 7 They also had a few small fish; and having blessed them, He said to set them also before them. 8 So they ate and were filled, and they took up seven large baskets of leftover fragments. 9 Now those who had eaten were about four thousand. And He sent them away.

42 Then a man came from Baal Shalisha, and brought the man of God bread of the firstfruits, twenty loaves of barley bread, and newly ripened grain in his knapsack. And he said, “Give it to the people, that they may eat.”

43 But his servant said, “What? Shall I set this before one hundred men?”

He said again, “Give it to the people, that they may eat; for thus says the Lord: ‘They shall eat and have some left over.’ ” 44 So he set it before them; and they ate and had some left over, according to the word of the Lord.

2 Kings 4:1-7, Elisha and the Widow’s Oil (Supernatural multiplication of oil for provision and protection of a widow and her children. Hmm? Oil)

A certain woman of the wives of the sons of the prophets cried out to Elisha, saying, “Your servant my husband is dead, and you know that your servant feared the Lord. And the creditor is coming to take my two sons to be his slaves.”

2 So Elisha said to her, “What shall I do for you? Tell me, what do you have in the house?” And she said, “Your maidservant has nothing in the house but a jar of oil.”

3 Then he said, “Go, borrow vessels from everywhere, from all your neighbors—empty vessels; do not gather just a few. 4 And when you have come in, you shall shut the door behind you and your sons; then pour it into all those vessels, and set aside the full ones.”

5 So she went from him and shut the door behind her and her sons, who brought the vessels to her; and she poured it out. 6 Now it came to pass, when the vessels were full, that she said to her son, “Bring me another vessel.”

And he said to her, “There is not another vessel.” So the oil ceased. 7 Then she came and told the man of God. And he said, “Go, sell the oil and pay your debt; and you and your sons live on the rest.”

1 Kings 17:8-16, Elijah and the Widow (Supernatural multiplication of flour and oil during a drought)

12 So she said, “As the Lord your God lives, I do not have bread, only a handful of flour in a bin, and a little oil in a jar; and see, I am gathering a couple of sticks that I may go in and prepare it for myself and my son, that we may eat it, and die.”

13 And Elijah said to her, “Do not fear; go and do as you have said, but make me a small cake from it first, and bring it to me; and afterward make some for yourself and your son. 14 For thus says the Lord God of Israel: ‘The bin of flour shall not be used up, nor shall the jar of oil run dry, until the day the Lord sends rain on the earth.’ ” 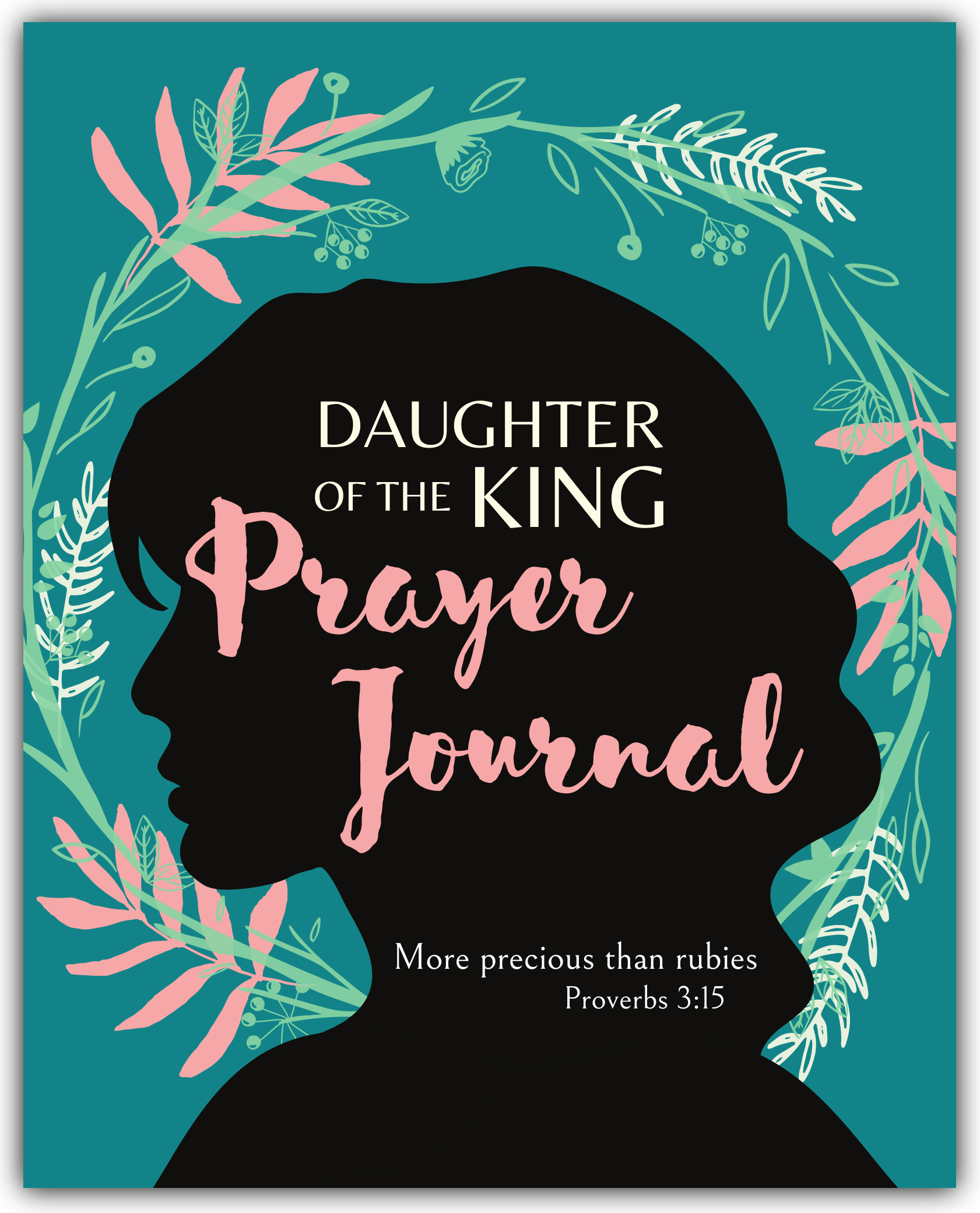 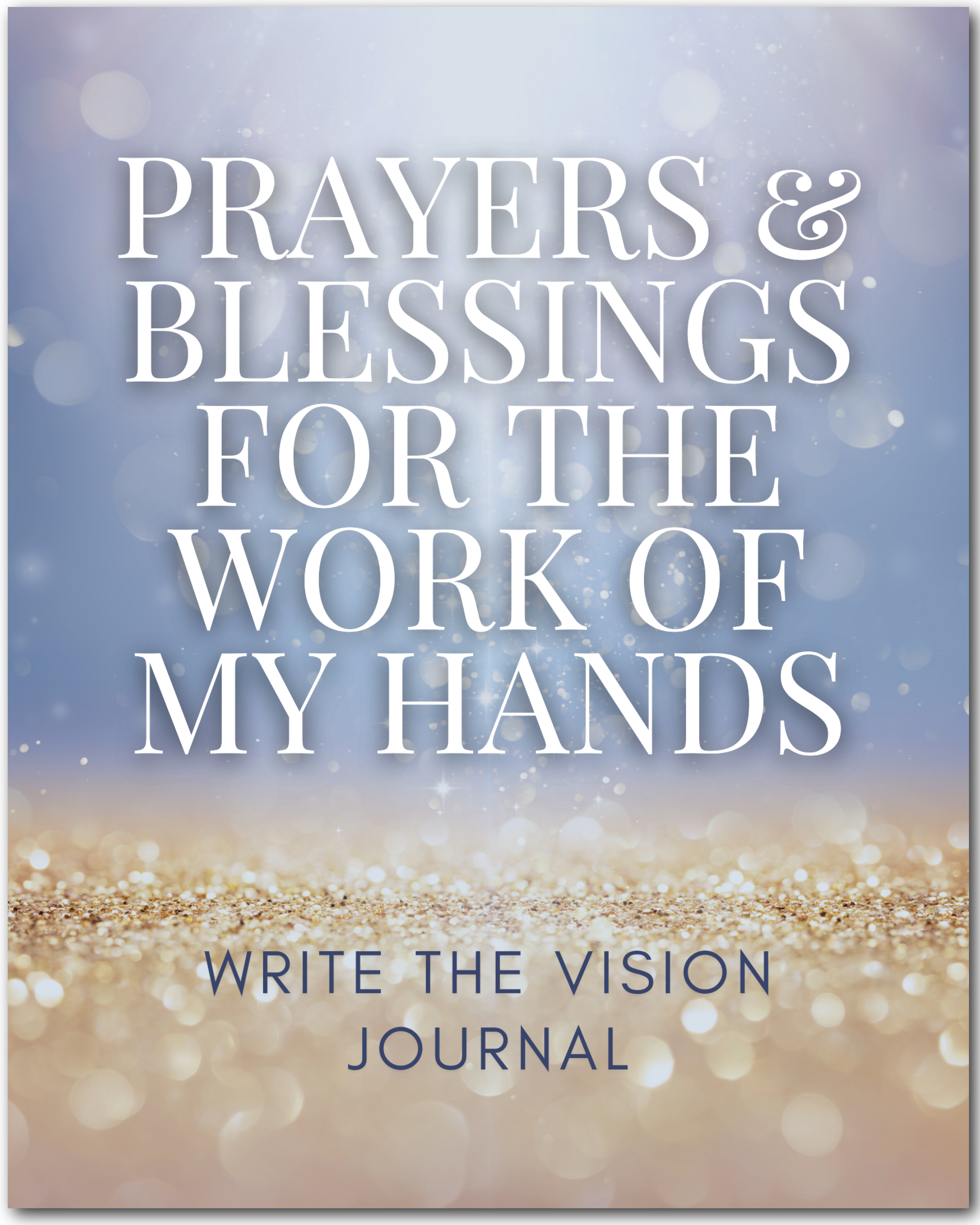 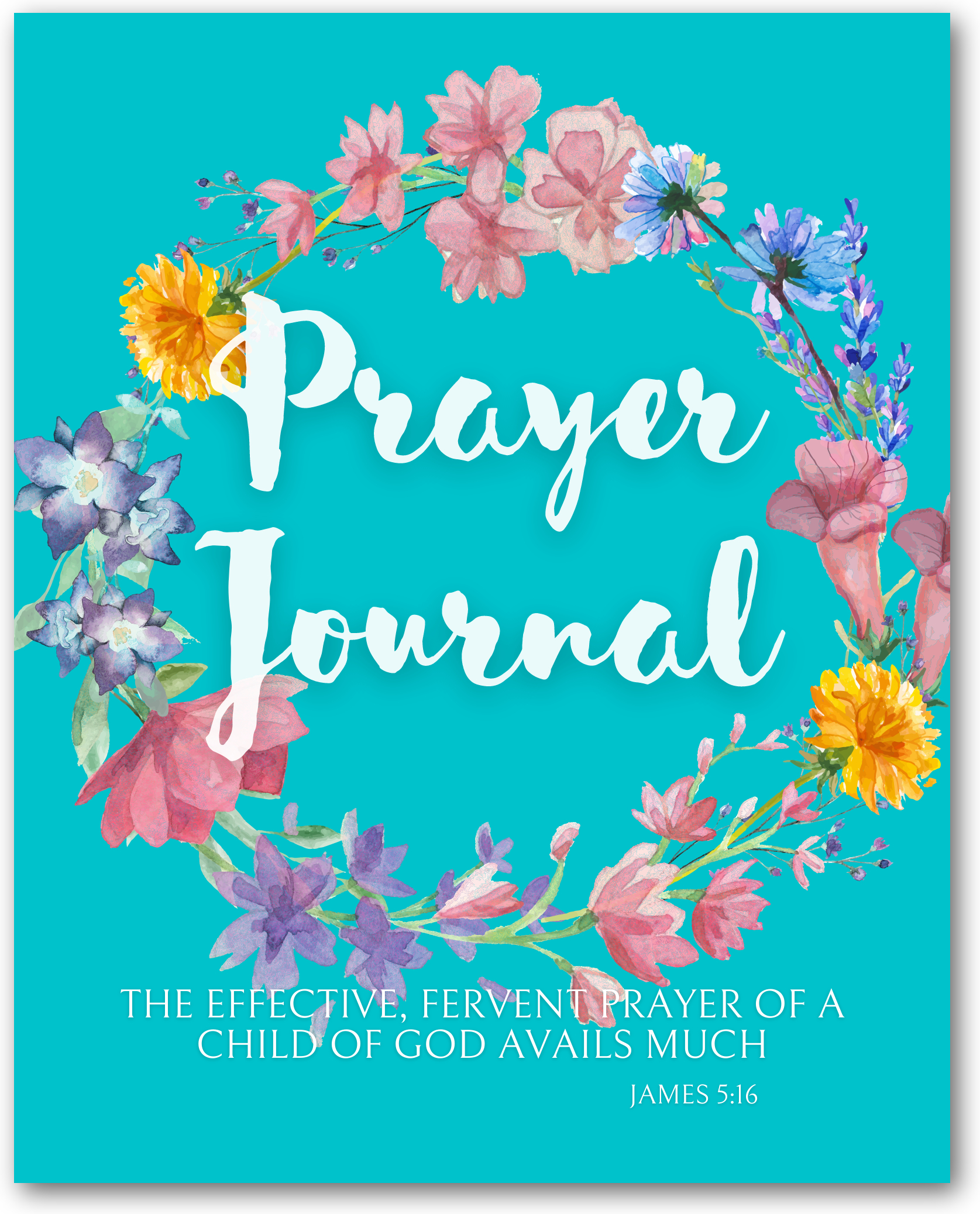 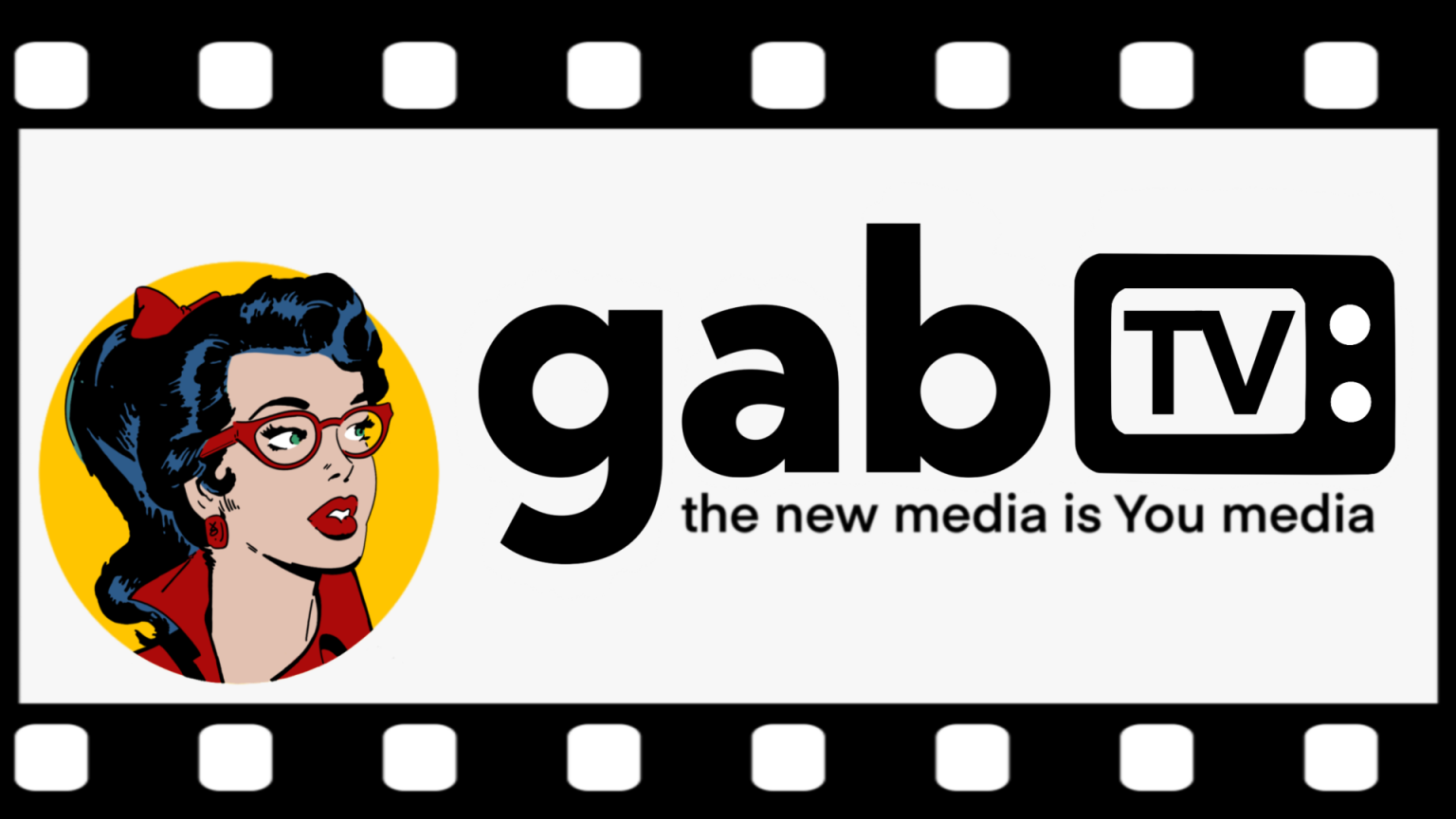